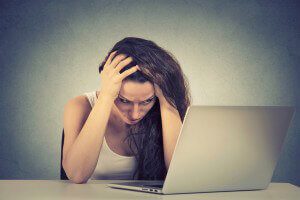 “When I read what others post on their social media pages, it seems like everybody in the whole world is having fun connecting with each other… except me.”

The indisputable fact is: humans are social creatures. We thrive on interaction, wanting to fit in and be accepted by others. That’s why it is so terribly disappointing when we’re left out, when we feel like we just can’t measure up.

Parents interested in the welfare of their children were listening up when a study coined the phrase “Facebook depression” and sounded a loud warning about the impact of social media use, particularly on teens. If there was a link between social media and depression, they needed to find out what it was, so they could counteract it. – Perhaps you were one of those parents.

So, how exactly are social media and depression linked? – Consider some of the factors.

Interacting on social media sites is like participating in a huge popularity contest. This or that person has so many friends, they have done so many things, and they’ve got the coolest pictures posted. The problem is, not everything is as it might appear online. Social media pages often present a distorted image of a person.

There’s a song with the lyrics: “I’m so much cooler online.” While it’s amusing, it well illustrates that people often portray themselves as popular and as cool as they wish online. Due to this distortion, comparing themselves with others could easily cause a teen to think they’re not measuring up, they’re nothing.

In one way or another, we all strive to be accepted by our peers. The problem is, we can’t gauge our self-worth only by the approval we receive online from those on our social media sites.

It’s unrealistic to think that people online have all the facts about us to even determine if we’re worthy of their approval or not. They judge their acceptance by the fraction of our life – our posts, our pictures – that we disclose online. Despite knowing this, a teenager might become anxious and withdrawn when nobody responds to or “likes” their posts.

Online bullying, or cyber bullying, thrives on social media sites. It’s not uncommon for someone to post a mean or judgmental message on another person’s social media page – at times even accompanied by an insulting image.

Of course, this type of harassment occurs offline as well, but the big problem often added with online bullying is that a lot of people can see the disparaging remarks. It can spread like wildfire and cause a devastating blow – so bad at times that, reportedly, some teens have resorted to extreme measures to escape it.

Being exposed to the types of aforementioned problems all the time – even at night – can amplify their negative effects. It’s like having stress 24/7 and no escape in sight. If an adult finds it hard to deal with major stress for a long period of time, do you think a teenager would fare better?

There is a saying: “Attitude is everything.” Ask yourself with what attitude your teenager approaches their presence and interaction with others via social media. Much of their manner of approach influences how they will react to the above mentioned factors. If they tend to be obsessed with their online life, it is much more likely that they could be affected negatively.

Social media sites are a tool. They need to be used like a tool, with knowledge and skill. As a parent, you need to help your teenager to be balanced and not to become so emotionally invested with social media sites that they’re completely thrown into chaos when they encounter problems. Being aware of and understanding the link between social media and depression is the first step.