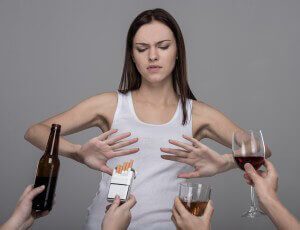 While the concept of “kids and alcohol” might seem to be a specific issue that should be handled in a specific manner, the core question here is actually, “When and how should I have the talk about something which is dangerous for my child?” Thought of in that way, the answer is obvious: all the time, whenever the opportunity arises.

The most obvious time to talk to your children about the dangers of underage drinking is, of course, when a local tragedy takes place. When a youngster is hurt or killed in an alcohol related accident, mention the dangers inherent in drinking to your children, no matter their ages. Unfortunately, these opportunities become available all too often, and each one is a chance to further reinforce the message that kids and alcohol do not mix.

But you do not need a tragedy in order to discuss the dangers of drinking to intoxication. Almost every episode of “COPS” contains a drunk driving arrest. The news usually has a story about somebody driving under the influence. Many television shows use drunkenness as a story hook. Each of these are an opportunity to discuss both the good and bad sides of drinking alcohol.

When a show tries to pass off being drunk as a punch line to a joke, you have the opportunity to discuss what you are seeing and the consequences of that behavior. “Do you think that person would have been arrested if he was not drinking?” “If that person hadn’t been drinking, he would have made it to work on time, wouldn’t he?” “It looks like he’s having fun, but is he really having fun or is everyone just laughing at him?”

If you don’t personally drink, the next part will be very easy for you. But if you do occasionally indulge, you will find yourself fielding questions about when it’s proper to drink and not. This will give you the opportunity to explain the benefits that drinking can provide (improved mood, etc.), while also explaining the difference between safe drinking and unsafe drinking. You will also be given the opportunity to explain why it’s okay for an adult to drink, but it’s not safe for children to drink. Explain to your children that their brains are still developing, and alcohol works directly on the brain. Drinking too early could actually cause damage they’d be living with for the rest of their lives! Explaining that alcohol can hurt their developing bodies may do the trick. Explain that kids who experiment with alcohol early in their life are more likely to become an alcoholic. Children are smart, they won’t be confused if it’s explained that alcohol is dangerous to developing bodies, but safe in moderation for adults. As long as they have the facts explained to them, they can understand that alcohol is one of those “adult things,” like driving and “getting to go to work instead of school.” If the dangers of early experiments with alcohol are explained properly, it can encourage your children to avoid the temptation.

Temptation is the key, though. Even well prepared, your child will be exposed to peer pressure. Perhaps the most important thing to impart to your child is the ability to “just say NO.” If your children know you “have their back” on their decisions, and they are prepared with the knowledge of the dangers early experimentation with alcohol opens themselves up to, they are much more likely to reject the peer pressure. But it requires repeating this information early and often, and developing a supporting relationship with your children.  Kids and alcohol should not mix; providing your children with the information and support necessary will equip them to avoid the dangers of underage drinking of alcohol.