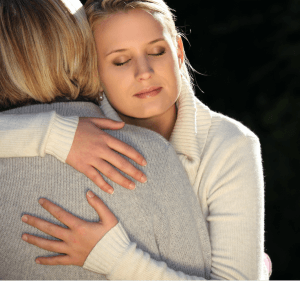 Between the years of 1775 and 1783, North American colonies of Great Britain fought a war against their original homeland to gain independence from the King and Parliament. Some parents feel that a similar event is being acted out when their children strive for teen independence. It almost feels like the two goals are mutually incompatible. Teenagers want independence. Parents want to remain connected. These warring forces seem destined to cause trouble.

Good news! The exact opposite is the truth! Emerging teen independence actually works hand in hand with parental connections, if parents are willing to put forward the effort to keep this connection alive. What at first seems to be a contradiction actually makes quite a bit of sense, when you think about it.

Teenage life is a nonstop whirlwind experiment in interpersonal connections between friends, parents, teachers, and even strangers. It can be extremely confusing, and teenagers can become lost without an emotional and moral compass to help them keep their bearings. The key is to balance between independence and support. We, as parents, encourage our children to depend on us, while slowly encouraging them to depend on themselves. Or, at least, we should. Unfortunately, our culture tends toward parents retracting their support prematurely, leading their children to depend on others outside the family for their necessary support. They reach out to fellow teenagers, who themselves still require their own support. Teenagers pour the same effort into external relationships they would have expended in their family, only to discover that their teenage compatriots simply lack the emotional maturity to provide much support.

How Parents Can Promote Teen Independence

Parents who allow their teenagers to push themselves away are missing an important warning sign! And, unfortunately, we almost always pick the wrong course of action in an attempt to repair things, laying the parenting on thick in an attempt to “correct” our children, only to find them buckling under the strain. Lacking the solid foundation parental guidance would have provided, they find themselves unable to accept the parental guidance they so desperately want.

Once we realize that our teens desire a mix of support and guidance, we can modify our behavior in such a way that our teenage children reach out for the very connection we so very much want to maintain. Empathy goes a long way. Instead of constantly trying to fix problems, why not simply listen? Be available! Teenagers tend to pick the oddest hours to open up… are we willing to be available when they need us the most?

Teenagers are experimenting with their identities. Instead of trying to make them implement our preferred identity, use tact to help guide the teenage adventures. Be welcoming to your teen’s new friends, and realize that they, too, are experimenting and seeking support. Don’t judge your teenager’s friends too harshly! Teens WILL “hang out” with their friends as part of their identity experiments… they can do it at home, or they can do so in a less supporting environment outside the family.

Don’t take it personally when your teen says hurtful things; it has nothing to do with how they actually feel about you! It’s their own internal vortex of emotions, and a temporary failure at control. Being available is the best thing you can do. Make time available, and dedicate it to your child.

Young adults who feel empowered by their parents to make decisions, but who also feel supported in their decision making process, won’t feel a need to rebel. They’ll seek to spend time with their parents, and parents who make the time available for their children will get to enjoy the family connection they desire without quashing the teen independence their children need.