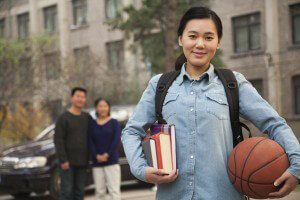 It comes with the territory; teenagers long to experience independence and explore ways to do so as they grow up. The ultimate expression of this longing is when teenagers leave their parent’s home and move out for the first time. This can be an exciting, stressful, whirlwind experience for both parents and their teens. What can parents do to help ease the transition for their teens, and allow them to experience the independence they desire so much?

How Parents Can Help

To ease the transition of moving out for the first time, provide your teenager with opportunities to practice the skills you taught them. They can begin to direct their own life (within boundaries, of course), using adaptive problem solving skills as well as the countless other life lessons they have learned from you. This process usually begins to emerge in middle school as you take notice to changes in their fashion, language, music, and social groups.

Teenagers are experts at demanding control of their social circle and fashion choices but, even in these areas, parents can prepare their teenagers for their independent future.

Provide your teen with trade-offs that will help them to think about and make balanced choices. Slowly allow them more control under the guise that they can afford to “pay” or accept the natural consequences for their own choices. Gradually loosen the reigns of parental control and allow your teenager with as much flexibility as they can handle before signs of mismanagement begin to appear (time management, prioritization, breaking curfew/other rules). This will help them to adjust and learn ways to successfully navigate new experiences born from their newfound freedom. This parental process of letting go a little and pulling back to regroup is most beneficial in growing your teens autonomy while still maintaining as much guidance as needed based on your teens functioning. A teenager who is able to build the mental link between personal responsibility and personal freedom of choice is already well on their way to independence. Parents can provide for their teenager’s basic needs while allowing the teenager to support themselves beyond these needs. It’s much better for them to learn these lessons at home than to be struck by them after they have moved out!

The key is to remember and realize that the independence your teenager so desires is a process, not an event. Who do you think will be better prepared for success in the greater world outside his family circle?

1. A teenager who was given multiple opportunities to make their own decisions and support themselves, even in small things, all the while growing more independent until the day they finally step out of the household to live on their own.

2. A teenager who feels the need to rebel and fight against the outside controls of their parents, resenting the parental support supplied, striving for the day when they can finally leave the confines of their household, only to discover that independence in a complex world outside the support of their family can be difficult to achieve and keep?

Parents do not intend to put their teenagers in a situation where they are unequipped to move out for the first time. It’s a natural desire for parents to protect their children, although too much oversight can enable dependence and impede the individuation process.

It’s important to remember that “moving out” isn’t a point of no return, but instead a transitional period, where teenagers can experience the freedom of independence; develop a stronger sense of self; and begin to utilize their own personal resources to persevere before they seek guidance from their parents. Parents also have to shift as the “launching stage” can elicit stress, worry, and a sense of loss.

Dr. Michael Riera, PhD, an expert in the interaction between teenagers and their parents, had this to say: “We need to rethink the old metaphor of separating from our teens and replace it with the concept of extension. That is, during adolescence, teenagers need to extend away from their parents, all the while staying connected to their parents. Their job is to extend; your job is to connect.”

Having properly prepared your teenager to extend their independence outside of your household, you will find you can keep your connection intact as they explore the world. In this way, you maximize their independence while providing them with a backing of support in their journey.

In the end, isn’t that really the goal of every parent?