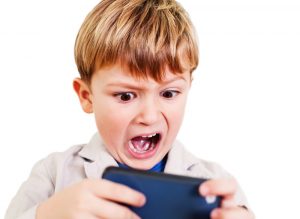 You may have seen it in your own child – a complete overreaction and utter agitation to a request you’ve made. It took you aback, left you puzzled.

Or perhaps you’ve noticed increased sibling rivalry and shows of aggression. Does your child have an obsession with a show or game? Is there a total lack of attention when you’re talking to them? It may have given you serious pause.

Maybe you’ve even wondered if your child has a mental or mood disorder. It seems like doctors diagnose every other child these days with such a malady.

But is it always that?

What May Lie Beneath the Moodiness and Anger of Your Child?

Lamentably, many people today jump far too quickly to the conclusion that irritable and moody children must have some kind of mental health or mood condition.

The fact is, though, that an abnormally high state of arousal often causes children to become chronically moody and angry. While it’s true that some may suffer from a mental or mood disorder, the majority seems to be affected by something far different – the daily exposure to electronics.

But wait. Aren’t there a lot of good applications for computers?

Of course, there are benefits and drawbacks to most things. Electronics are no exception.

Many parents are so excited and awed about what computers can do for their children, they forget reality. Even a good thing can be too much.

The plain fact is that daily screentime – even interactive screentime – can overstimulate and cause chronically high arousal levels in children. This hyperarousal affects your child’s memory and ability to make associations and applications, which then often leads to them struggling academically and socially.

Consider why electronics tend to disturb bodily functions and cause poor sleep and focus, extra stress, and insensitivity.

Is It Time for a Reset?

If you’ve noticed your child being unusually moody and angry, it may be time for a reset.

Believe it or not, a total screentime reset – eliminating all electronics use for several weeks – can restore your child’s physiological, mental, and emotional balance. And that helps them to be a calmer, stronger, and happier person.

Yes, you may think it’s crazy to take such a drastic measure. But only a complete reset will allow your child’s nervous system to benefit fully.

And once your child’s brain is reset, you can figure out how much screentime they can handle without falling back into the same behaviors.