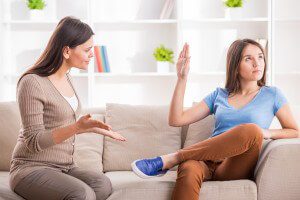 It’s amazing how words change over time. Take “discipline.” The word has roots in Latin meaning teaching and learning. For example, we speak of “the discipline of Medicine.” But crack open your copy of Merriam-Webster’s dictionary and you’ll see “instruction” is the second definition of discipline, and an obsolete one at that. Primarily, the word now means “punishment, control gained by enforcing obedience or order.”

When we speak of “discipline for teens,” however, we really mean the original definition. We want to set teens up for success in the wide world outside our home. We hope to teach them how to function well in society with other people.

What can we do to help our teens learn the skills they need?

With that said, here’s some things that can work at introducing discipline for teens: