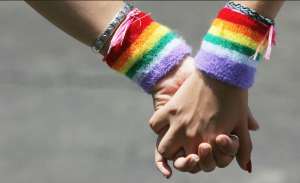 For some teenagers, their sexual orientation is clear from the very start.

For others, not so much.

At one time or another during their adolescence, many teens find themselves in the process of figuring out where they are in connection with their sexuality.

While that is a fairly common process, many parents are somewhat uncomfortable with their teen questioning their sexuality. They may not necessarily react with anger or denial. But ignoring the matter altogether can feel dismissive and is certainly not helpful to the teen.

What they need the most is support.

As caring parents, the more you understand what “questioning” means, the better you can support your teen during this process.

Understanding the Basics of “Questioning”

Pondering their sexuality or examining same-sex attraction are just some of the life questions teens have to mull over. In fact, studies have shown that it’s a very common experience for adolescents to contemplate alternative possibilities, including those who ultimately identify as heterosexual.

After all, when something changes—in a teens life or body—it’s normal for them to wonder what is happening and where it may lead them. Hence, although many assume that same-sex attraction is a sign of sexual orientation, it can actually be something quite different.

How can you best support your teen during this complex process of self-discovery and defining their identity?

Consider some practical ways you can be helpful to your teenager as they contemplate their sexuality.

Examine and eliminate any feelings of homophobia you may have.

Some parents admit they’re homophobic, others rather not acknowledge any such feelings. But in order to be supportive to your teen, that is one feeling you must identify and root out. Otherwise, it can easily distort your view of and your reaction to your teen questioning their sexuality.

Instead, it’s important that you try to understand what is really driving their examination of their sexual orientation. Many parents worry that it may be the first step to their teen concluding they’re not heterosexual.

If that’s you, it’s vital you examine the reasons this may make you feel uncomfortable. Perhaps you can seek the help of a therapist or a support group.

Avoid dismissing your teen’s questioning as “just a phase.”

As noted at the outset, at one time or another, many teens go through the process of questioning their sexuality. However, calling it a “phase” is insulting and belligerent. It seems to indicate that it’s not a big deal and they’ll just grow out of feeling a certain way.

While it’s true that sexual orientation may change in a person’s life, dismissing questioning as a phase is like disrespecting your teen’s quest for identity.

Try not to overreact if your teen is sexually active.

Many parents who find out that their teen is questioning their sexuality assume that this automatically means their teen is having sex with various different partners, taking sexual risks.

Often, people mistakenly connect sexual orientation solely with being sexually active because they believe that having sex is the only genuine way to know if one is heterosexual or not. As a result, parents may think that since their teen is questioning their sexuality, they may be having sex to find out their orientation.

Of course, that’s not necessarily the case. But even if your teen is sexually active, avoid overreacting. By staying calm and composed, you demonstrate that your teen can come to you with questions and that you will listen with an open mind.

Obviously, to the uninformed, the term “questioning” can conjure up a lot of wrong impressions. As a concerned parent, it’s important, then, that you educate yourself. Learn to understand what it means when your teen is questioning their sexuality, and that it’s a perfectly normal part of adolescence.