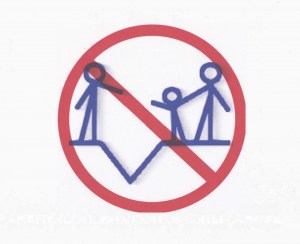 “I had a really good relationship with my mom and admired her. I wanted to be with her. But after the divorce, my dad got custody of us. I miss my mom’s company a lot.”

“After a big fight, my dad came to me with his suitcase packed, gave me a hug, and said ‘I’ll always love you.’ Then he walked out. Since that moment, I’ve always been afraid my mom will leave too one day.”

The message conveyed by these comments is clear — children want and need both of their parents in their lives.

Lamentably, though, they often don’t get their wish. The very nature of divorce is hostile. It emerges from conflict and fosters competition, especially when parents engage in bitter and lengthy custody battles. Who gets what? The car, the house, the money – including the children.

This sense of contention can easily lead to strained relationships between parents and children, going so far as total parental alienation.

What Exactly Is Parental Alienation?

Certainly, when one parent gets custody of the children and the other one doesn’t, it already creates an atmosphere of alienation. But a parent could take this to an extreme.

In order to strengthen their own parental identity and undermine the relationship between their children and their other parent, some vilify their ex-spouse. They bad-mouth the other parent, creating the idea that they’re dangerous, and encourage their children to completely reject them. At times, to the point of hating them.

Others expect their children to choose sides, even threatening them with a withdrawal of affection if they don’t. And many severely limit the contact their children have with their ex-spouse and their extended family, slowly erasing them from the lives and minds of their children.

What Effects Can Parental Alienation Have on You and Your Child?

Parental alienation can have long-lasting effects for all involved as it damages and destroys the relationship children have with both parents.

Don’t fool yourself. No matter if you’re the parent who is the alienator or the one who is being alienated, you will be affected negatively. And, in the end, your child may very well pay the highest price.

You may initially feel some anger and anxiety when you begin co-parenting after your divorce. But that’s quite common. Those feelings usually lessen over time as you learn to cooperate and co-parent successfully.

However, if there is no cooperation between you and your ex-spouse or they’re actually trying to alienate you from your child, your anger and anxiety will probably increase instead of diminishing. As a caring parent, it can be very hurtful and heartbreaking to be on the receiving end of slander, forcefully removed from your child’s life. You may find yourself quite seriously thinking about suicide. – Don’t let it go that far.

If you are the alienating parent, stop and think for a moment. Ask yourself: Do you believe that manipulating your child in this way will win you their affection? What will happen when they’re adults and realize how you have played them against their other parent? Do you think your relationship with them will stay solid? Has it ever truly been? Be honest with yourself. “Winning” a perceived battle with your ex-spouse isn’t worth jeopardizing your child’s trust in you.

Effects on Your Child

When a child is alienated from one of their parents, they are more prone to suffer from post-traumatic stress, much like an abducted child or a child soldier. The extreme conflict they’re facing breeds mental and emotional instability.

Parental alienation can seriously damage your child’s sense of self. Low self-esteem, lack of trust, depression, and self-hatred are rooted in feeling that one of their parents didn’t love them. To deal with this, they may turn to self-destructive behavior such as substance abuse.

Also, lacking one of their role models may create a disconnect that can greatly impact their ability to form lasting, intimate relationships with family and friends. In effect, your child may lose the capacity to give and accept love from others.

In the long run, this inability commonly leads to their own children becoming alienated from them as well. Sadly, this is the undesirable ripple effect alienation creates.

Without a doubt, parental alienation is a complex issue that has no quick fix. It’s easy to blame the alienating parents, but that would be simplifying the matter. After all, the roots of this behavior are encouraged during the legal process of divorce where the only goal seems to be to “win” custody rights. Parents often end up fighting over their children like booty from a raid or use them as weapons of choice for their personal battle.

If you are in the middle of divorce proceedings, resist walking into this parental alienation trap. Instead, pause and step back. Make your child the focus and show them that they matter to you.